One of the amazing things about Taiwan is their bullet train, more formally known as the High Speed Rail (HSR) or 高鐵 (gāo tié).

Where we live in Kaohsiung is actually the southern-most point of the HSR, and Taipei is the northern-most point.  The 214 mile trip takes just 90 minutes.  (For those that are following along, that’s about the equivalent distance between Sunnyvale and South Lake Tahoe!)

It’s incredibly convenient, as trains depart at least every half hour.  Cost is a bit on the more expensive side though… one-way adult tickets between Kaohsiung and Taipei will run you about $45 or $50 per person.

As a small tangent while staying on the topic of convenience… there are 7-11 stores everywhere here.  I think if you total the number of Starbucks and McDonald’s in what most people would consider Northern California (which is roughly the size of Taiwan), you would find that it would only total to about 2% of the total number of 7-11 stores that exist in Taiwan.

In relatively short 2-1/2 block walk I take from the train station to my office, I pass by no less than five (that’s right… five) 7-11 stores.

In the Kaohsiung HSR station alone… there are 2!  There’s one regular 7-11 store… and then there’s a second store which is so cute, I’ve started nicknaming it “.7-11″ (as in, “point seven eleven”). 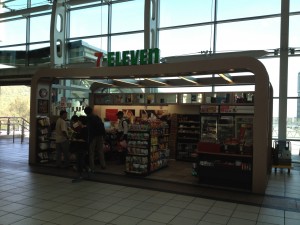 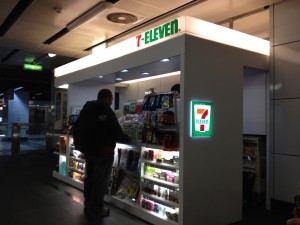 Okay… enough about 7-11′s and the train stations.

Back to the train itself… 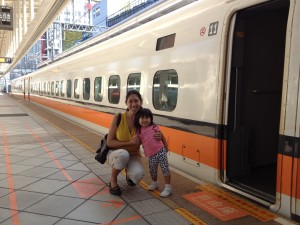 Nothing beats the feeling of traveling at almost 300 km/h… 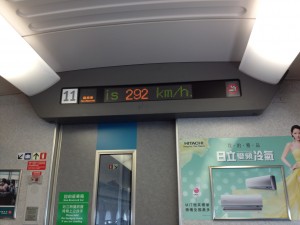 And if you’re like me and can’t do the math in your head… thankfully “there is an app for that” (Convert from Tap Tap Tap… which by the way is an invaluable app if you plan on traveling to any country that uses the metric system… which is pretty much the rest of the world). 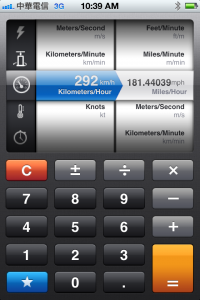 P.S. Oh, and for those that don’t know, the Chinese for potsticker is 锅贴 (guō tiē)… so Lani and I have always been wondering: if we jumped into a taxi cab and asked to be taken to the “potsticker station”, would the driver think it was funny?

One thought on “Faster than any Potsticker in America”